I don't usually cut an article in two parts, but the official opening of the Marriott Marquis DC is a very big happening in DC and I felt better covering it in two parts, so I could include a bit more than I would normally. So in Part One, I covered the speeches and dedication of the plaque honoring J.W.Marriott, Jr.  In Part Two I am continuing the morning events (with the multiple ribbon cuttings) the toast  and finally the evening celebrations.
First up, the ribbon cutting;

So three ribbon cuttings....following this "The Toast" given by David Marriott, COO Eastern Americas, Marriott International. The toast was made with Root Beer - in deference to the first Marriott business - a root beer stand on 9th Street NW...a remarkable history of success. 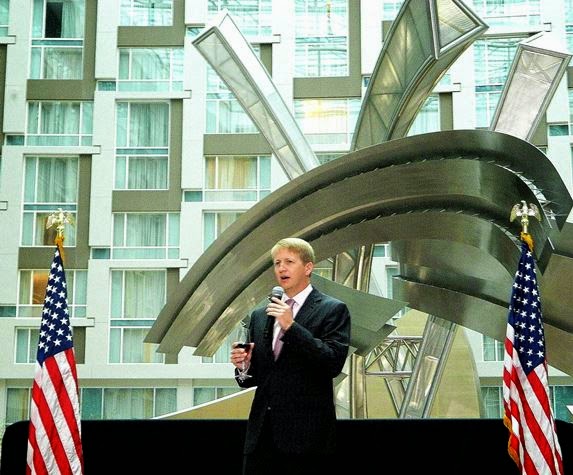 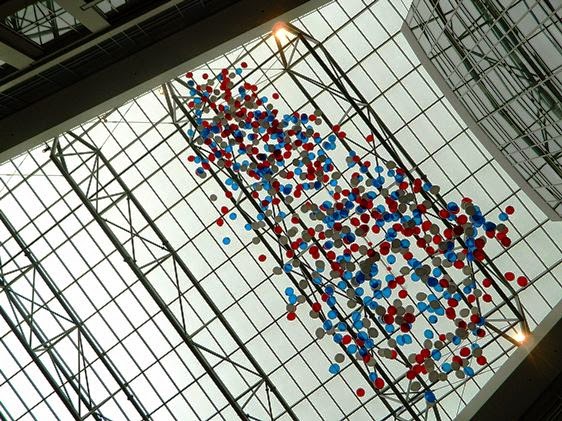 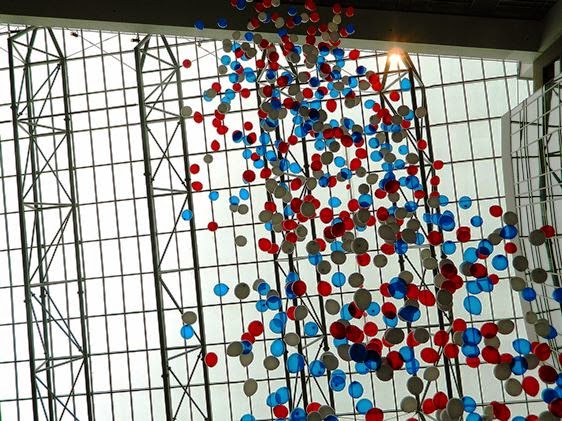 This signaled the end of the dedication and ribbon cutting, but of course there was more interviews and 'networking' to be done 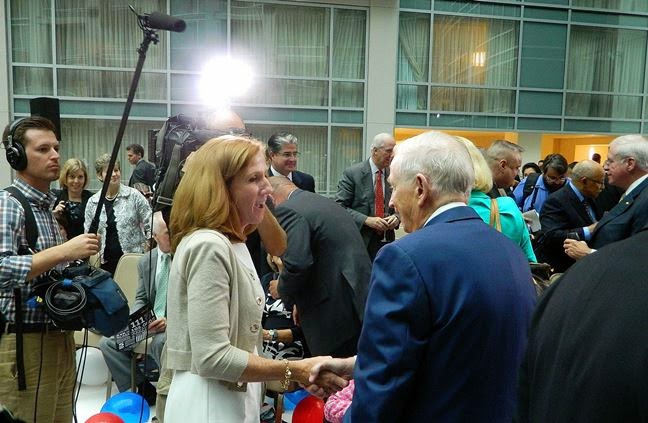 The final piece....the evening reception. The Marriott Marquis provided an exceptional (and well earned) evening feast of food and fun, with a definite DC tone. Each area of the Ballroom given a District designation, each with its own food service, bar and seating to resemble the area. A DJ high above the crowd provided the music, and scattered around the Ballroom different locally produced art that represented the city.....Bravo Marriott.
I know this has been a long post...but I would like to add just a few personal words;
I have followed the construction of The Marriott Marquis DC, since before ground breaking. I have taken, quite literally, thousands of photographs, and published an awful lot of articles. The Marquis is no longer 'plywood' so I probably will not be writing about this wonderful structure much anymore.

I would really like to thank the following folks for there help and assistance, there willingness to let me roam the site and publish what I found;

Norm Jenkins, CEO Capstone - who got the ball rolling
James Harper and the team at Hensel Phelps  - for those fantastic construction pics
Michaelann Millrood, Jessica Foreman and Laura Davidson Public Relations - who kept the ball rolling once the major construction was done
Bill Wallace (Director of Sales and Marketing) at the Marriott Marquis - for some funny video's during construction and enormous help as the hotel reached its near opening.