Cuba Libre Restaurant & Rum Bar, located at 801 9th Street, NW, next to City Center, has announced the appointment of a new executive chef, Angel Roque.
Roque will spearhead the kitchen in Washington, DC bringing the flavors of Old Havana and Cuba’s culture to the District. He is excited about the opportunity to reunite and cook with his friend and mentor, two-time James Beard Award-winning Chef-Partner Guillermo Pernot


“Angel has demonstrated unbelievable leadership, food knowledge and more importantly, a passion for his native cuisine that is unparalleled,” says Pernot.  “The team at Cuba Libre is very lucky to have found such a superstar, and I am looking forward to working with Angel in developing new techniques, and showing Washington, DC the true meaning of what Cuban food is.”

A native of Havana, Cuba, Angel Roque has had an interest in cooking since he was a child. He began his culinary career as a courier, where he delivered mail for the Asociación Culinaria de Cuba to restaurants and cafes across the city.  Four months later, Roque began studying in the institution’s school of hospitality and tourism (Escuela de Hoteleria y Turismo Sergio Perez), where he was first in his class, and soon after graduation, he was offered a job as a professor of pastry.  He served as a professor for nine years, and educated the students in different facets of cooking.  Roque found this to be a very enriching experience in his career as it allowed him to meet some of the best chefs in the world, and learn how to cook Spanish and French cuisine.

In 2006, while studying tourism at the University of Havana, Roque and two friends rented a private restaurant in Havana.  During this time, he learned what went into managing his own restaurant in a country where few restaurants existed, and those that did were owned by the Cuban government.  At his private restaurant, also known as a paladar, Roque began by cooking Italian food, mainly pizza and pasta.  He later transitioned the menu to highlight French and Spanish cuisine with a few traditional Cuban dishes as well.

In 2008, Roque received his bachelor of science in tourism from the University of Havana.  That same year he was offered the position of executive chef at Restaurante Café del Oriente – one of the most prestigious restaurants in Havana.  During his six-year tenure at the restaurant, Angel had the opportunity to cook for former President Jimmy Carter, United Nations Secretary General Ban Ki-moon and, in three separate occasions, Cuban President Raul Castro, among others.  He also hosted six consecutive New Year’s Eve dinners for 1,000 individuals in the plaza of the Havana Cathedral, one of the most iconic venues in Cuba.
Then in 2010, Roque met Cuba Libre Restaurant & Rum Bar’s Chef-Partner Guillermo Pernot during one of his culinary trips to the island.  The two quickly bonded over their love for cooking and formed a lasting friendship.  A year later, Roque opened his own restaurant, Ajiaco, in Havana, which featured dishes with more than 500 years of history, some of which new generations had never tasted.  For him, owning his own restaurant was the highlight of his professional career.  Transforming and growing the restaurant from a small grass lot to a restaurant where he was able to select the name, design the menu and selection the location – made opening day one of the best days of his life.
In 2012, Roque had the opportunity to visit the United States for the first time and he quickly feel in love with its expansive and diverse the restaurant industry, vowing to return.  Roque returned to the U.S. for one week in 2013, to work alongside his new friend and mentor Chef Pernot.  During this time, he assisted making desserts and other savory items at Cuba Libre Restaurant & Rum Bar in Orlando, Florida.

When Roque returned to Cuba, he felt as though something had changed.  As someone who constantly seeks to challenge himself and grow as a professional, he soon determined that he needed to relocate to the United States to advance his culinary career.  In January 2015, Roque accepted the position as sous chef at Cuba Libre Restaurant & Rum Bar in Philadelphia, Pennsylvania, and just a short time later, in September 2016, he was promoted to serve as executive chef of Cuba Libre Restaurant & Rum Bar in Washington, DC. 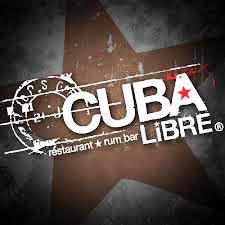