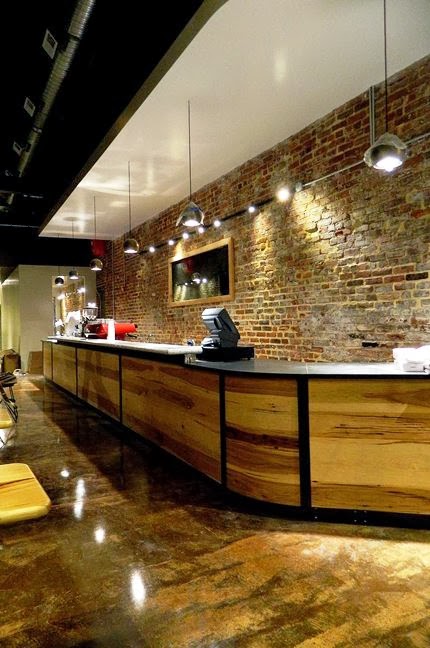 Its been a few weeks since the last posting about La Colombe in Shaw, DC. As the opening draws near I thought some internal pictures would be in order.When Todd Carmichael came during the early days of construction he tweeted "no this is not Kabul"** back in June.  Now it just looks Kool.
I visited today, and had one of the first "brewed" coffee's at the new La Colombe Cafe in Blagden Alley NW. Work continues, but its really only a week or two away from opening, and 'cosmetics' is the name of the game. Furniture is being installed, the sound system is in, lighting and heating seem complete, and most importantly the coffee making systems are installed. Todd Carmichael, Co-Owner of La Colombe, and Greg Smith, who is the Manager of the new La Colombe Coffee Roasters location had promised one of the latest brew systems, and they have delivered. The Steampunk by Alpha Dominche is installed. There are only five Steampunk machines in the U.S., and La Colombe owns all of them. 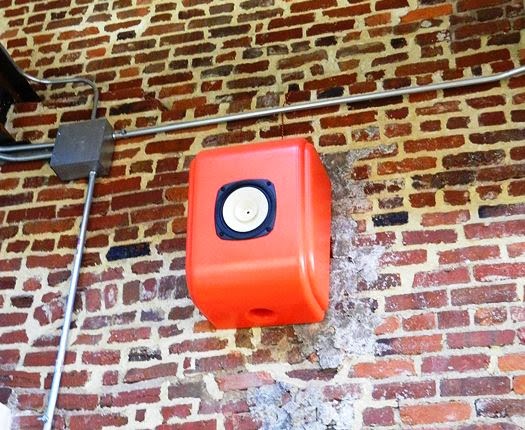 Pic of our new DC cafe. No this is not Kabul. pic.twitter.com/5IaxsmdAR5
— Todd Carmichael (@toddcarmichael) June 25, 2013


So, yes you can get excited. It is only a matter of a week or so (inspections permitting) before the opening.
Keep coming back to this post for updates (there are more photographs and a finalized date will appear here)
Email Post
Labels: Blagden Alley Naylor Court Local Business Logan-Shaw Restaurants
Location: Shaw, Washington, DC, USA