Hierarchy opened it's AdMo space in February and 'rocked' DC with the dual art exhibition featuring Decoy & Cory Oberndorfer. Now they are back with a new solo exhibition, due to open April 19th.
Here is the info; 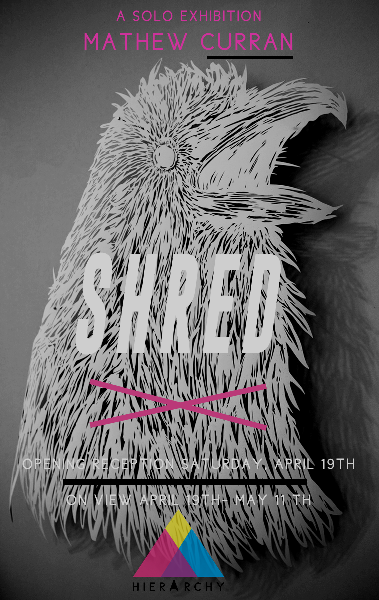 Renowned LA-based artist Mathew Curran opens “SHRED” a solo exhibition on April 19th at Hierarchy, a special exhibition venue and project from Washington, DC based artist group No Kings Collective in partnership with Napoleon Bistro.
Through his work, Curran brings stencil to life, creating unique large-scale murals in a process where he cuts away, shredding his chosen medium to get to the root of his art. As spaces become more urbanized with new homes and longer streets, wildlife and nature have receded. In “SHRED,” Matt Curran imagines the natural world pushing back into the city, back against the new homes, larger buildings, longer streets. He envisions birds soaring above factories, flowers breaking through the cracks of an old brick wall, fish making their way back through water systems. Curran captures the struggle for the historically natural to find its place in an unnatural landscape through his unique stencil work.
For a sneak peek at Curran’s work you can  visit http://vimeo.com/46649185. 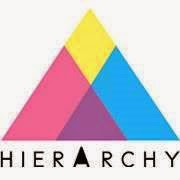 Designed as an ever-evolving, chameleon exhibition space, Hierarchy opened in February 2014 and is located at 1841 Columbia Road. Hierarchy features monthly artist exhibitions and weekly cultural programming and serves as the latest incarnation of a long standing creative relationship between the artist collective and the Popal family which began in 2012 with the pop-up art project, The Water Street
Project, now Malmaison.

About Mathew Curran
Mathew Curran is a Los Angeles based muralist and fine artist. His work transcends a half dozen different mediums and subject areas, while focusing primarily on precise stencil work. Born in Northamptonshire, England, Curran came to the United States as a teenager, he was influenced by American teen skateboarding culture, with its random and unchecked energy and raw sense of possibility. Studying fine art and graphic design at UNC Greensboro, Curran’s style evolved to incorporate techniques with wood, spray paint and ink. After graduation, he became devoted to detailed stencil work, developing a style based on forceful lines and subtle uses of background color combining personal experiences with technique. He also works with the well-known International artist collective Army of Snipers Crew and his work has been displayed in galleries from his native England to Tokyo.
For more information, visit: http://www.mathewcurran.com
About No Kings Collective
No Kings Collective is an artist collective based out of Washington, DC. Composed of and run by local artists, No Kings Collective serves a community of area artists, businesses and city organizations through social networking events, exhibits and special projects. Over the last five years, No Kings Collective has gained local and national recognition for flash art exhibitions and temporary gallery spaces, providing new and exciting social events to promote a thriving art community in the nation's capital.
For more information, visit: http://www.nokingscollective.com
Email Post
Labels: Adams Morgan Art Scene Exhibitions Galleries Street Art
Location: 1841 Columbia Road Northwest, Washington, DC 20009, USA