DOWNTOWN: Nicolas Legret Tapped as the New Executive Chef of The Hay-Adams 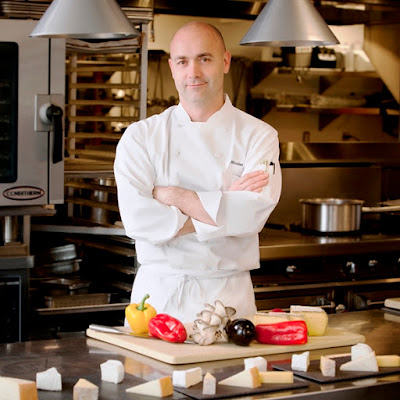 The Hay-Adams Vice President & General Manager, Hans Bruland is pleased to announce the appointment of Nicolas Legret as the new executive chef for the award-winning historic hotel.  The Hay-Adams, located at 800 16th Street, NW, is the residence of choice for the most discriminating visitors and diners as it has consistently been recognized as one of the top 500 hotels in the world by top-tier travel publications, including being named to Travel + Leisure’s Top 100 Hotels in the World in 2015. Legret has been working as the chef de cuisine at The Hay-Adams since 2009, under his mentor Peter Schaffrath who is retiring after decades of stellar accomplishments in the hospitality industry as a leading chef.


“Nicolas has been an instrumental team member helping Peter Schaffrath and the entire team with the daily operations” explains General Manager Hans Bruland.  “We have the power dining oasis, The Lafayette, our popular bar, Off The Record, as well as the in-room dining and banquet facilities, including Top of the Hay, which directly overlooks the White House.  We know Nicolas is ready to take the helm of our culinary operations and look forward to his leadership.”

Legret will oversee the current culinary team members, Senior Executive Sous Chef Jaime Montes de Oca, who is responsible for the menus of The Lafayette, Off The Record and in-room dining, and Pastry Chef Josh Short, who creates desserts for all the hotel’s venues.  Legret was formerly the chef de cuisine at the Willard Room at The Willard InterContinental Hotel from 2006 to 2009. Here he helped revitalize the historic fine dining restaurant collaborating with Three-Star Michelin Chef, Antoine Westermann.  His hotel culinary experience also includes working as executive sous chef, once again working under the renowned Westermann, at the Sofitel Hotel, Lafayette Square for two years, assuming the executive chef responsibilities. Legret’s career encompasses honing his skills at some outstanding freestanding restaurants including Bistro 123 in McLean, Virginia, where he oversaw the French menu and was responsible for daily operations. He also worked at Le Mas Perrier/Le Bec-Fin in Philadelphia, where he served as executive sous for three years.  Here he collaborated with George Perrier to include menu design and concept execution.